The mission of the Kennett Consolidated School District is to provide a quality education that increases the achievement of every student in order for all to become successful and thoughtful contributors to society.

"Bancroft Elementary School is dedicated to creating a safe and rewarding educational experience for all children. Our goal is to focus on student success by fostering a positive, accepting and supportive learning environment where students are proud of the work that they do each day."

"Greenwood Elementary School is committed to providing children an engaging and comprehensive education to support their success academically, behaviorally and socially. Greenwood students will experience education in a safe, welcoming, student-centered learning environment."

"Mary D Lang Kindergarten Center has a balanced educational program that is focused on the whole child with experiences designed to expand the mental, physical, emotional, and social development of every student."

"Here at New Garden Elementary School we are committed to providing a nurturing and supportive learning environment for students to grow and feel successful while providing an excellent instructional program to meet the individual needs of all students."

"We pride ourselves on meeting ALL students where they are and helping them grow as students and people. I promise you that our commitment to your child will never waver. Lets work together to ensure that KMS remains the best school for your child."

"KHS is a school that is rich in tradition. At the same time, we are committed to modernizing our learning opportunities today to prepare ALL of our students for tomorrow."

"KHS is very proud of our teams, coaches, and especially our student-athletes. They all do an outstanding job of representing KHS with hard work, dedication and sportsmanship both on and off the field."

Greenwood Elementary School’s Band is comprised of fourth and fifth grade students who play a woodwind, brass, or percussion instrument. The students meet once a cycle in small groups to learn the various aspects of tone production, music literacy, and rhythmic etudes on their instrument. Students start their first lesson learning how to assemble their instrument and advance throughout the year to being able to play beautiful music. The students also learn the historical importance of the various composers and events during their lives, as well as their connections to other art forms. When concert time is near, the students take all that they have learned in their lesson groups and rehearse together as one large ensemble, allowing the students to combine their part with the other instruments in the band to create complex harmonies and rhythms. The musical literature that the band explores includes folk repertoire, multicultural music, movie soundtracks, and classical arrangements of both traditional band and orchestra composers. 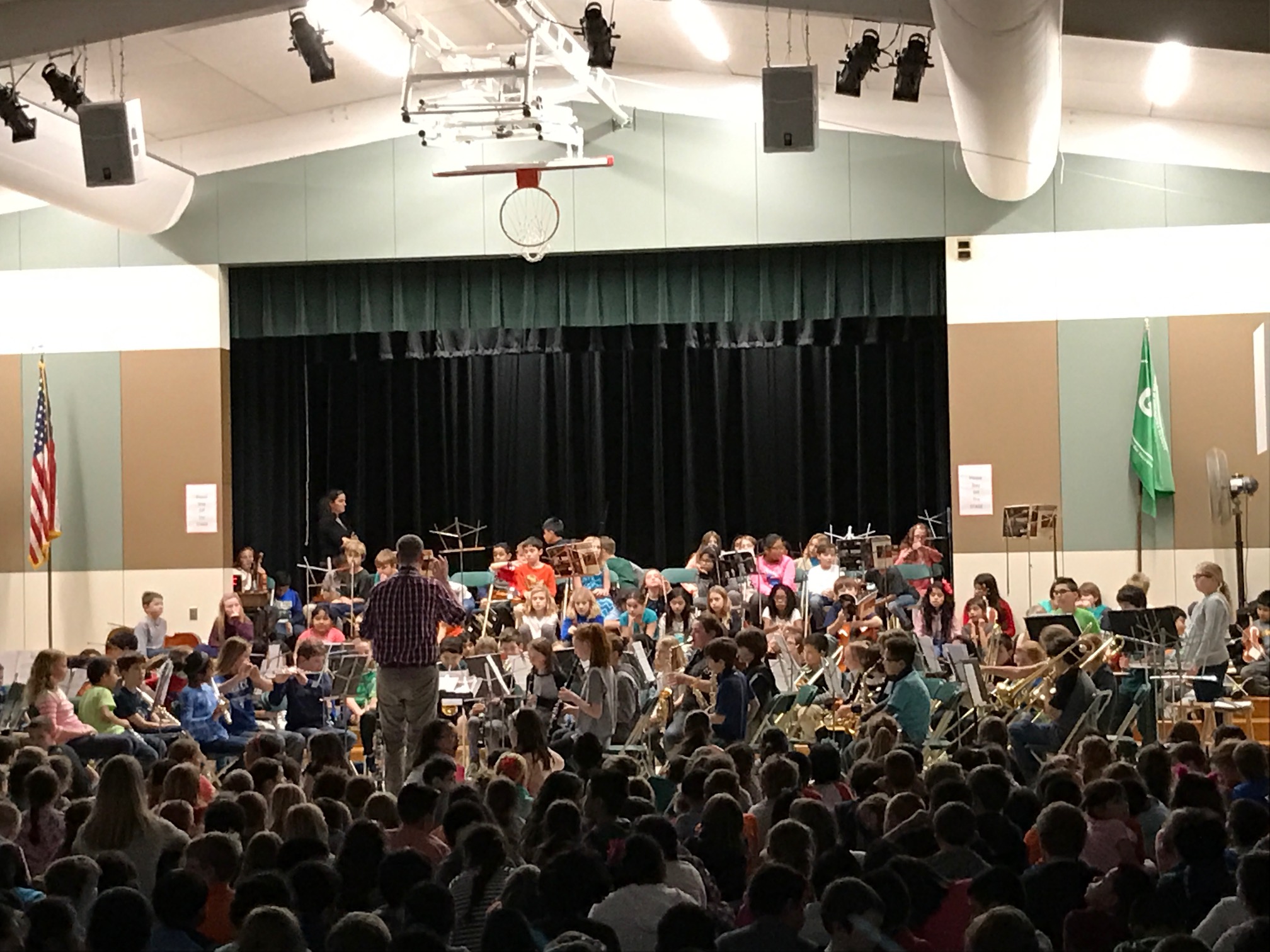 Greenwood Elementary School’s Orchestra is composed of students in third through fifth grades who play instruments from the string family; violin, viola,cello, and bass. The students meet in small groups once per cycle, and as a large group ensemble to prepare for concert performances. Students begin by learning the basics of sound production on their instrument, and then progress to establishing the correct right and left hand technique and then to more complex bow strokes and fingering patterns on all strings. In addition, a large emphasis is placed on learning to read music and having exposure to basic theory skills. The musical repertoire that is used in their development and concerts comes from many genres including: classical, American fiddle, mariachi, rock, and movie soundtracks. The instrumental program is a year-long commitment with concerts presented in January and May. 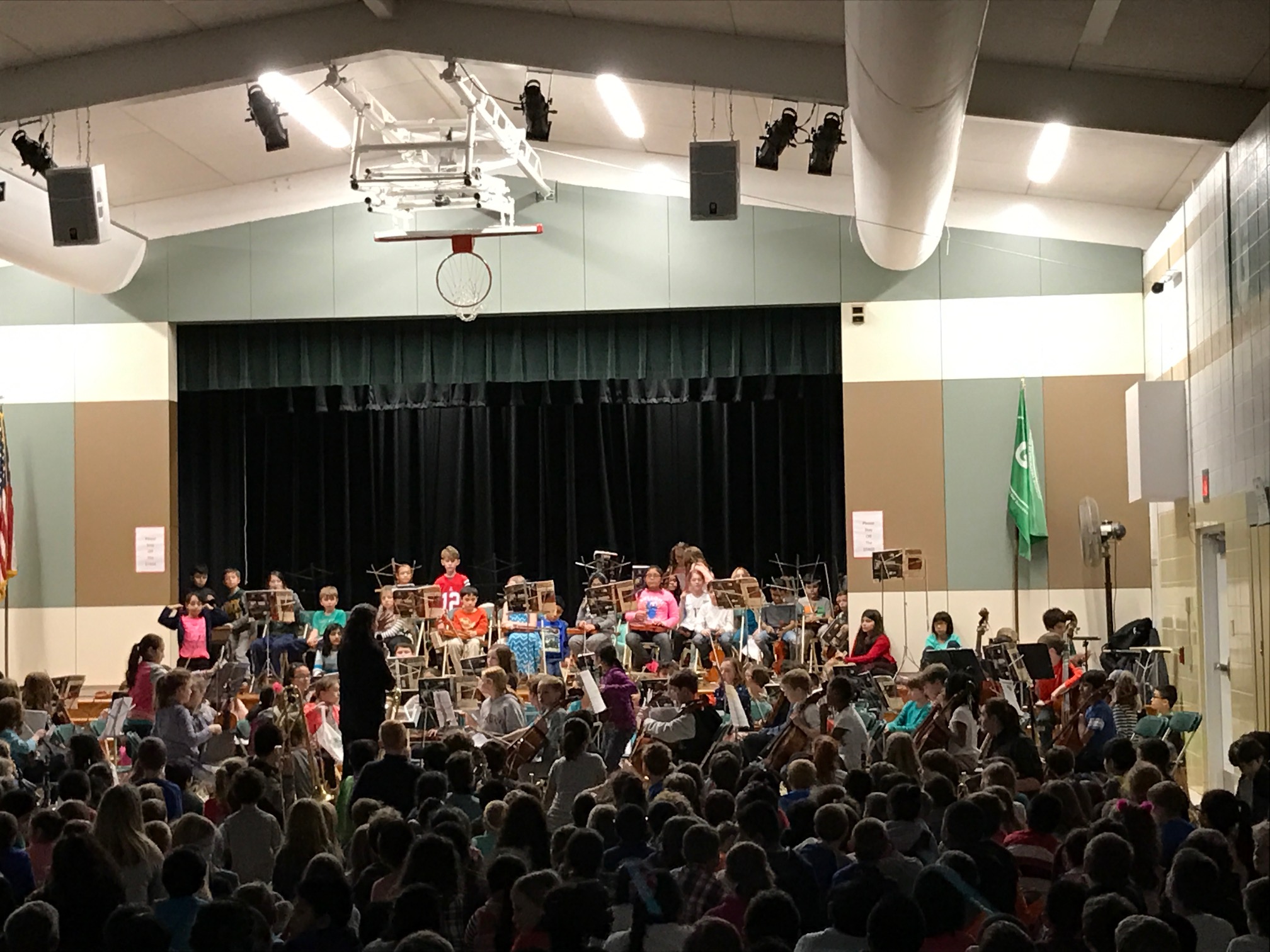 The KCSD Communications Committee will convene for its February meeting in the library of the Mary D. Lang Kindergarten Center. Additional details, including an agenda, can be accessed online.

The KCSD Finance Committee will convene for its February meeting in the library of the Mary D. Lang Kindergarten Center. Additional details, including an agenda, can be accessed online.

Together with our public safety partners, we’ll brief you on investigations into Fall incidents at Kennett High School (KHS) and Kennett Middle School (KMS). Chester County Safe Schools will then share how parents can partner with us to keep our schools safe. Finally, you’ll have an opportunity to have your questions answered! Kindly register to attend.

The KCSD Board of Directors will convene for its February meeting in the library of the Mary D. Lang Kindergarten Center. Additional details, including an agenda, can be accessed online.

Café en Familia is the Kennett Consolidated School District's premier event for all K-12 families! Please join us for monthly coffee and conversations on the topics most critical to your student's success.

The Kennett Consolidated School District will be closed in observance of the President's Day holiday.